The Center for Regional Studies (CRS) at The University of New Mexico (UNM) is pleased to announce visiting appointments for David F. García and Daniel Webb, Ph.D.s. Both scholars will carry out semester-long research projects at UNM through the center’s Scholar-in-Residence initiative.

UNM Distinguished Professor Gabriel Meléndez, director of CRS, is especially pleased with these appointments, noting that the work of each scholar aligns with the mission of CRS to promote knowledge about New Mexico and the southwest through research, education, learning and related scholarly activities. CRS encourages inquiry that draws on evidence-based interpretations to improve our understanding of historical, contemporary and public policy issues in a regional context. 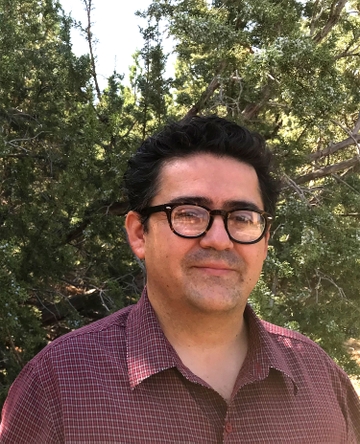 David F. García, Ph.D.
David García received his Ph.D. in 2017 from the Department of Anthropology at the University of Texas at Austin. By immersing himself in the archives and digital databases at UNM’s Center for Southwest Research, he will continue his research on local community gathering practices and spaces of governance known as resolanas. Dr. García will be working with the Tomás Atencio academia collection and early newspapers to better understand how contemporary Chicano movements of the 1970s revived resolana as a theoretical counterpoint to community disempowerment.

To expand on the documentary evidence, García has also accompanied UNM archivist/historian Samuel Sisneros to an archeological dig on La Plaza de Los Genizaros in Belen, N.M. “This experience has greatly helped me put my hands in the soil to better think about the real space of 19th and 20th-century plaza sites in New Mexico,” García said. García sees his residency at The University of New Mexico as a special opportunity to share and exchange ideas with UNM students and faculty. It will also afford him the time to prepare his research findings for publication. He will give a public lecture towards the conclusion of his residency based on his findings.

Daniel Webb, Ph.D.
Daniel Webb is a recent graduate from the University of Chicago, earning his Ph.D. in History. While at UNM, Webb plans 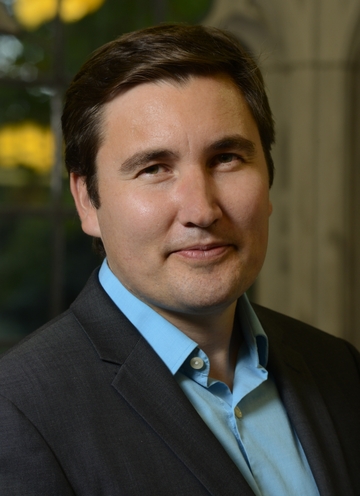 to exchange ideas with UNM faculty and students. He will make extensive use of the archival collections at the Center for Southwest Research in preparing his research for publication and he hopes to revise his dissertation for publication as a monograph.

Webb’s work involves the examination of archives from the Spanish, Mexican and U.S. periods to show how the Apache (Ndé) peoples became entangled in conflicts over territory, property, citizenship and racial identity that divided communities locally and internationally.

Webb expresses his optimism for this opportunity to conduct research at UNM, saying, “I look forward to delving into the vast resources of archives, manuscripts, and rare books at Zimmerman Library to explore the region’s history. I am particularly interested in examining the Spanish archives of New Mexico to understand how Native American trading and raiding networks connected population centers in Taos, Santa Fe, and Albuquerque with distant settlements in the Great Plains and the interior provinces of New Spain during the late 18th and early 19th centuries.”

While in residency at UNM, Webb will employ his training in historical methods, manuscript analysis and digital research tools to advance his research. He hopes to communicate his ideas to others who share an interest in studying the sources of early New Mexican print culture. He will give a public lecture towards the conclusion of his residency based on his findings.